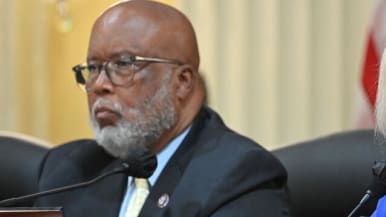 The Jan. 6 committee investigating the 2021 attack on the U.S. Capitol held its first primetime public hearing on Thursday night — the first of six that lawmakers hope will reveal what the committee has learned over the past 11 months about how the Capitol was breached and about former President Donald Trump’s role in the events that led to the insurrection.

Democratic Rep. Bennie Thompson, the chairman of the House committee, opened the night, and Republican Rep. Liz Cheney, the committee’s vice chair, took the spotlight in her opening remarks.

What were some of the most shocking revelations?

Who were some of the most surprising witnesses?

In addition to the two witnesses who appeared in person at Thursday night’s hearing, the committee also showed clips of some of the more than 1,000 witness interviews it has conducted over the last 11 months.

Among the most notable witnesses featured in the clips shown Thursday include: Ivanka Trump and her husband, Jared Kushner; Trump campaign adviser Jason Miller and William Barr; Stewart Rhodes, founder and leader of the far-right paramilitary group the Oath Keepers, who has been charged with seditious conspiracy in connection with the attack on the Capitol, as well as a number of other accused and convicted rioters.

Who are the Proud Boys and why are they relevant?

The Proud Boys is one of the far-right extremist groups that were present at the Capitol on Jan. 6 and its leaders have been charged with seditious conspiracy in relation to their alleged role in coordinating the violent attack.

At the hearing Thursday night, Cheney and Thompson sought to make connections between comments made by Trump, both before and after the 2020 election, and the violence that took place at the Capitol on Jan. 6, which the Proud Boys have been accused of deliberately instigating.

The two witnesses who appeared at Thursday’s hearing, Capitol Police officer Caroline Edwards and documentarian Nick Quested, who was embedded with members of the Proud Boys on Jan. 6, described their interactions with members of the extremist group, who were among the first to breach the Capitol. Quested also shared never-before-seen footage of Proud Boys members filmed in the lead-up to Jan. 6, including video of a Jan. 5, 2021, meeting between Proud Boys leader Enrique Tarrio and Rhodes, the founder and leader of the Oath Keepers. Rhodes and several other Oath Keepers members have also been charged with seditious conspiracy in relation to Jan. 6.

What’s next in the Jan. 6 hearings?

The Jan. 6 committee is expected to hold five more public hearings, the next of which will take place on Monday, June 13, at 10 a.m. EST. While the investigation into the Jan. 6 attack and its causes is ongoing, the panel plans to use the hearings to outline the initial findings of its probe.

In addition to establishing the role Trump played in the lead-up to the Capitol attack, Chairman Thompson indicated in his opening remarks on Thursday that the panel also plans to share evidence that the efforts that resulted in the violence of Jan. 6 are continuing.

“Our democracy remains in danger,” Thompson warned. “The conspiracy to thwart the will of the people is not over. There are those in this country who thirst for power but have no love or respect for what makes America great: devotion to the Constitution, allegiance to the rule of law, our shared journey to build a more perfect Union.”