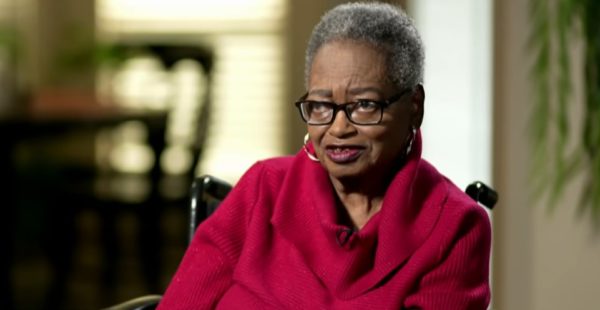 Claudette Colvin no longer has a criminal record stemming from her 1955 arrest in Montgomery, Alabama.

“My name was cleared. I’m no longer a juvenile delinquent at the age of 82,” were Colvin’s proud words almost three months after she and her legal team sought to have her record expunged. Alabama Juvenile Court Judge Calvin L. Williams approved the request that was made public on Dec. 16.

Sixty-six years ago a then 15-yer-old Colvin was seated in the Black section of a bus when a white woman boarded seeking a seat in the same section. Colvin refused to move seats — at the time Black passengers were only allowed to sit behind white passengers, even when in their designated section.

“They had to sit behind the white person to show that they were superior and the colored people was inferior,” Colvin explained to “CBS Mornings.”

Her refusal was simple. Colvin said she “could not move because history had be glued down to the seat,” as she described the feeling of Harriet Tubman and Sojourner Truth each placing a hand on her shoulders during the ordeal.She also faced what she’s called a lifetime parole sentence when the courts failed to notify her of its end date. As a result of her defiance she was removed from the bus by police, arrested, charged and convicted with felony account of assault on an officer — for allegedly kicking and clawing at an arresting officer — as well as two counts of violating the city’s segregation ordinance which were later overturned.

Colvin has said the ordeal “terrorized” her family throughout the years, and that an expunged record would allow them all to finally move forward. Judge Williams said approving the expungement request was the least he could do to apologize for the injustice that had been her reality for decades.

“That’s the uniqueness of this whole circumstance. That she stood up for right, and now I’m the beneficiary and byproduct of that and I can correct the wrong that was done to her. That’s the significance of it.”

Months after Covin’s arrest Rosa Parks became famously known for also refusing her bus seat to a white woman. Though Parks is recognized as the face of that initiative in the civil rights movement that led to the Montgomery Bus Boycott, the Alabama teen’s contributions would not be forever overshadowed.

In 1956 Colvin was one of several plaintiffs listed in the Browder v. Gayle suit filed to desegregate public transportation in the state of Alabama, helping to change the course of history.

For Colvin, she wants her legacy to show she was a fighter for justice. “I want my grandchildren to know that their grandmother stood up for something when she realized that she was an American at a very early age, and she wanted equal rights, just as those other students and all of the other bus audience and all of the other people in Montgomery — that’s what I want my grandchildren to know.”