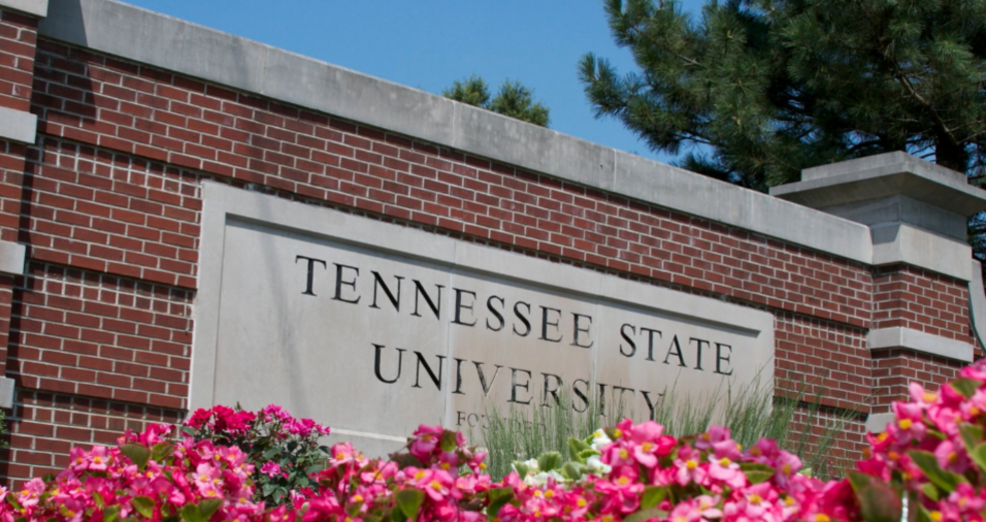 Hundreds of Tennessee State University students will receive scholarships to continue their education after the university exceeded its goal to raise $1 million during the month of February. The total collected hours before the deadline on Saturday, February 29, was $1,702,674.

TSU President Glenda Glover expressed her gratitude and appreciation to everyone that made a contribution.

“This wouldn’t be possible without the unprecedented support of alumni, faculty, staff and our corporate partner, the Nashville Predators, along with the faith-based community and many others,” said Glover.  “Because of your unwavering support, hundreds of young men and women will be able to continue their educational journey here at TSU.”

Campaign Chairman Jamie Isabel also expressed gratitude to the Predators, as well as the hard work of the campaign committee, and Dr. Glover’s leadership.

“I am grateful that Dr. Glover challenged the alumni to think outside of the box and begin a new year and a new decade with the mindset of giving,” said Isabel, a TSU alum. “The campaign has been a very big success, and we are excited about the results.”

The campaign to raise $1 Million in 1 Month during Black History Month laid the foundation for the historic partnership between TSU and the National Hockey League’s Nashville Predators. It is the first known partnership between an HBCU and the NHL, and coincided with the league’s Hockey is for Everyone initiative in February.

“I know this will definitely help our students,” said McReynolds. “They are in such need because the state does not provide us with as much money as they used to. “

TSU alum Charles Galbreath of New York City is among the many alumni who contributed to the campaign.

“It’s important for the students to see that we don’t forget about what their needs are after we leave,’ said Galbreath. “I think that the energy that everyone is coming together with is everything we learned at TSU; that Big Blue spirit, to continue to take care of our school even after we’re gone.”

Money raised from the campaign will provide both merit-based and need-based scholarships for TSU students. Approximately 500 scholarships will be awarded to students in an average amount of $2,000. About 90 percent of TSU students receive some form of financial aid.

TSU freshman Jacob Taylor is one of them. The Memphis, Tennessee, native said he probably would not be at TSU if he did not currently have a scholarship.

“My mother has a good salary, but she doesn’t make enough to put me through school,” said Taylor, a health sciences major. “Having that extra money to pay for college really does a lot, because it takes stress off students.”

“There are a lot of students that need financial aid,” said Morehouse, who is also majoring in health sciences. “Some of my friends are close to the finish line, but they don’t have funds to pay for their tuition and graduate. I want them to graduate. They are the future doctors, lawyers and physical therapists. So scholarships from the $1 Million in 1 Month campaign will really be beneficial.”

The Predators organization made the first donation to the campaign, as well as an additional $100,000 of in-kind assets to help spread awareness to the initiative, which includes providing TSU students with internships.

“With the help of the most passionate fan base in all of sports and the Nashville Predators organization, we are proud to partner with Tennessee State University on this life-changing education initiative,” said Predators President and CEO Sean Henry.

In addition to the kickoff event with the Nashville Predators, the university engaged the TSU family with various challenges. The Alpha Theta Chapter of Kappa Alpha Psi Fraternity, Inc. claimed victory in the Alumni Chapter Challenge with a contribution of $16,305, and they also won the TSU Divine Nine Fraternity and Sorority Challenge with a donation of $21,627. In the Staff/Faculty Challenge, TSU staff won with a contribution of $10,393.

Campaign activities also included the TSU Sunday Day of Giving, along with the Dialing for Dollars telethon that took place the last Sunday of the month, and involved the faith-based community. The pledges for the telethon exceeded $60,000. The goal was $25,000. The TSU College Challenge was the final campaign challenge between the eight academic units. Gifts for this activity are still being calculated.

TSU students played a major role in bringing in donations as well. Over 100 students staffed a phone bank to make evening calls to alumni during the campaign and participated in the telethon as callers or as a part of the production to live stream the event.