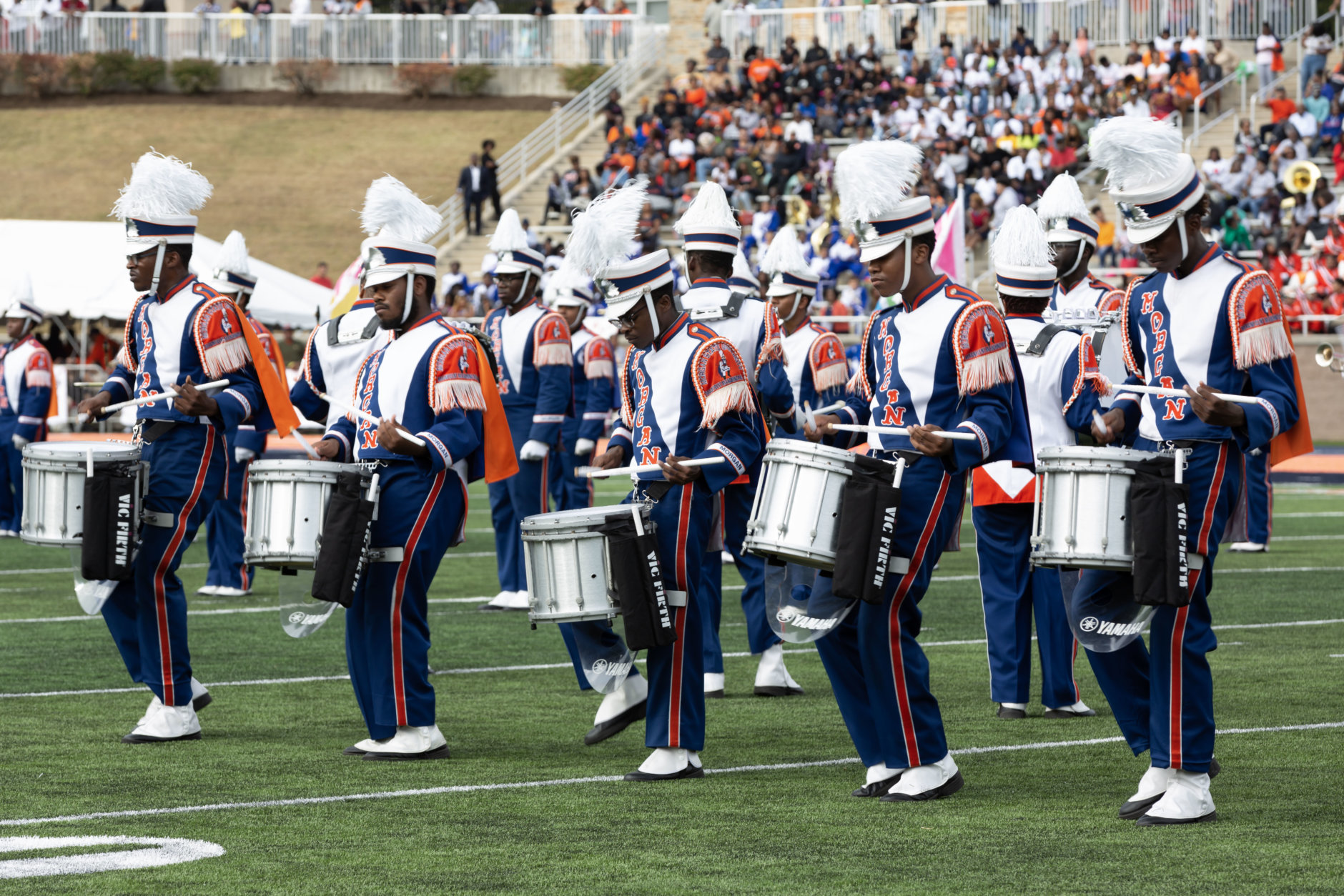 The HBCU is the first from Maryland to perform at the historic parade.

hanksgiving Day is upon us and Morgan State University’s Magnificent Marching Machine will be making history this year. Local Baltimore news outlet WBALTV 11 has revealed that the HBCU’s marching band will be the first historically black university in Maryland to play at the Macy’s Thanksgiving Day Parade, and the fifth in the country.

The band of over 100 members began making their way to the Big Apple on Tuesday and containing their excitement seemed like an impossible feat. But, why wouldn’t they be excited to show off their skills at the two-mile long parade?

“I’ve always wanted to be in the Macy’s Day parade and when I got in. My mind was blown,” said trumpeter Arthur Crowner.

The band has endured bootcamp-like preparation, which consisted of daily three-hour practices and physical workouts. Melvin Miles, director of the Morgan State University Band said, “What we are doing now is just trying to spend some time marching around the track so that we get used to just being in parade formation for that amount of time.”

Nonetheless, the Magnificent Marching Machine will be performing five songs. Due to contractual purposes, they were unable to reveal which songs, but they’ve promised that the performance will be a hit, according to WBALTV 11.

The band is expected to line up to practice with the other parade acts at 1 a.m. Thursday morning. “I don’t know if I’m going to get a lot of sleep, but it’s not going to matter because we’re going to have so much fun and we can sleep after,” alto saxophonist De’Aunjana’e Wise told the outlet.

The Magnificent Marching Machine will kick things off for the marching bands, as they are the first to perform.

North Carolina A&T State University performed at the parade in 2012.

Macy’s Thanksgiving Day Parade will start on Thursday at 9 a.m.