"Pizzazz." That's what Southern University's band director wanted in a dancing troupe to perform with his high-energy marching band.

And that's what Gracie Perkins gave Isaac “Doc” Greggs when he recruited her home from Kansas City a half-century ago.

Perkins created the Dancing Dolls, which celebrates its 50th anniversary with a special performance during Southern’s Homecoming festivities Nov. 2.

First, Perkins came up with the name. 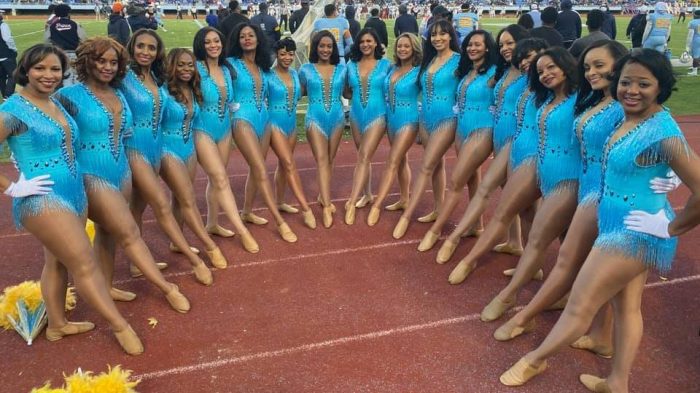 With the name chosen, she went about assembling the first team of eight Doll

Having previously taught dance at Scotlandville High and Southern Lab schools, Perkins turned to her former students and contacted their parents.

“They were going to have to be committed, and that’s who we knew,” explained Perkins, who put a huge emphasis on academics, character, class and showmanship, traditions that continue to this day. 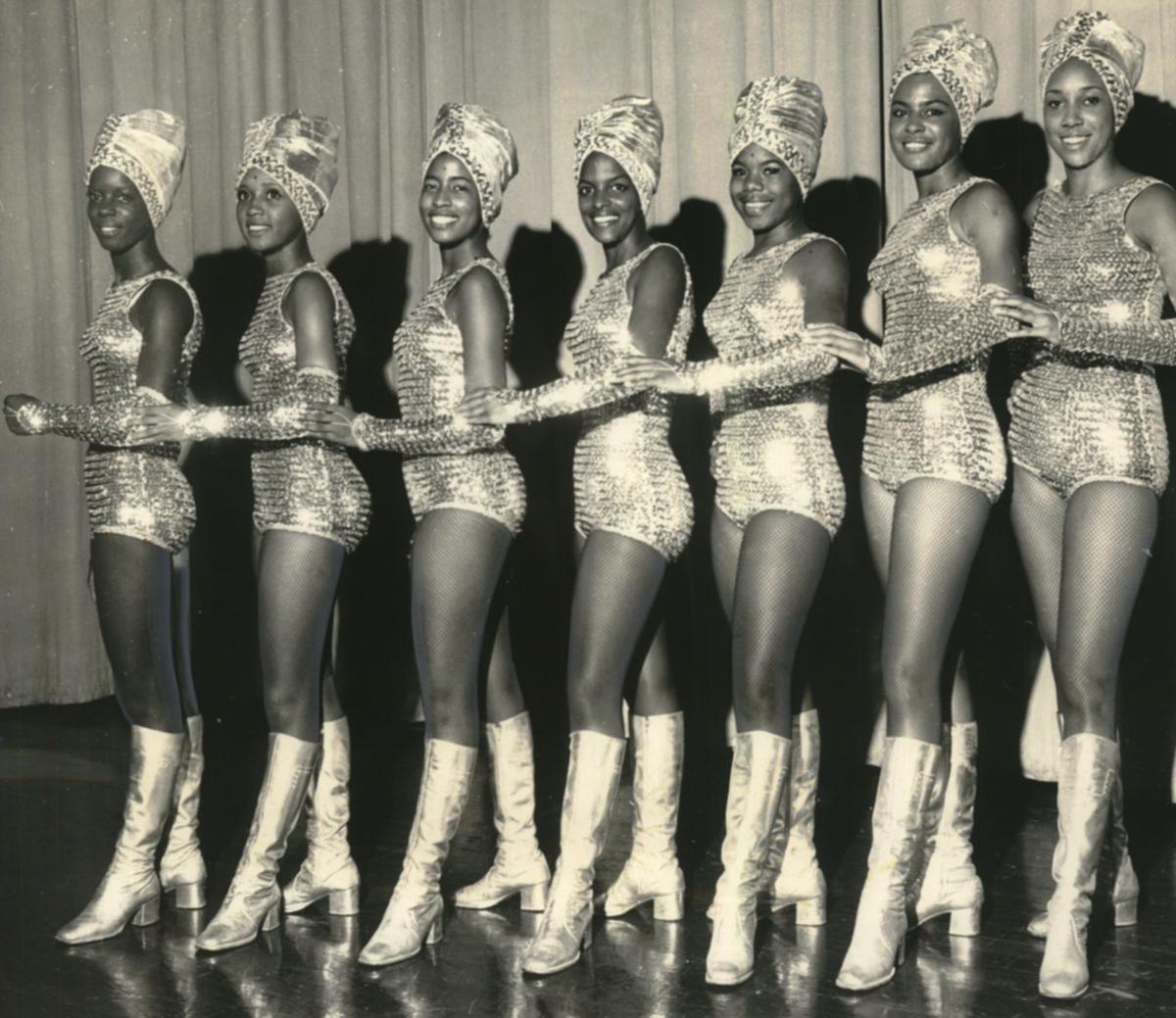 Micah Pegues is the current captain of the Fabulous Dancing Dolls, as the group is now called. A member since 2016, she takes pride in the group's rich history.

“The Southern University Fabulous Dancing Dolls undoubtedly are known for their poise, style, grace and precision,” she said. “These are attributes that I continue to work hard at mastering. To be with a brand that is known nationally for effortless class and techniques is a brand that I will cherish and protect.”

Dance skills weren’t necessarily at the top of Perkins' list when she formed that first team of Dancing Dolls.

“They didn’t have to be top of the line dancers … there were certain things I knew I wanted to do, like the high kick," she said. "I wanted dancers who could do things like that.”

The high kick became a staple of the Dancing Dolls, so did the headdress, stockings and long gloves.

“I remember the first song they danced to — ‘The Now Generation,’” said Perkins. It’s one of many, many memories she cherishes from her time coaching the Dolls. Her favorite may be when the dance troupe and the band traveled to Houston for a debut appearance in the Astrodome. She had ordered new costumes for the Dolls, but when she went to pick them up at the train station before heading to Houston, the conductor wouldn’t hand them over because it was a Saturday and the station was closed.

Long story short, Perkins ended up pleading her case to Gov. John McKeithen, who promised to get the costumes to her.

“When we walked into the hotel, the boxes were stacked up in the lobby and the governor was sitting on one of them,” she recalled with a laugh. “These are the things that stick with you.”

Sarah Moody Thomas was one of the Dancing Dolls who made that crazy trip to play Texas Southern University back in 1969.

“We brought with us our accessories — hats, net stockings and gold boots, just in case,” she said. “I vividly remember opening the boxes, removing the sequined suits and capes and putting all of it on. The transformation was magical!” Traci Prince Greene’s favorite memory also involves the unveiling of a new costume. It was her last year as a Doll, Southern’s home game against Jackson State in 1994.

“We were excited to perform that evening. We had new choreography that was a bit unconventional and unlike anything than we'd ever done before,” said Greene. “We had a feeling that the choreography would be well received by Jaguars fans, but when we stepped out onto the field in our new two-piece gold costume — the first time we'd ever wore a two-piece costume on the field — and performed ‘Let It Whip’ the roar of the crowd was something I will never forget.”

Shawn Zachary, a Doll from 1985 to 1987, knows all about the thrill of performing for Jaguar fans at Mumford Stadium.

“The glare of the lights and the roar of the crowd is the same as stepping onto a stage," she said. "There’s just no feeling that could beat how we felt marching into that stadium.” 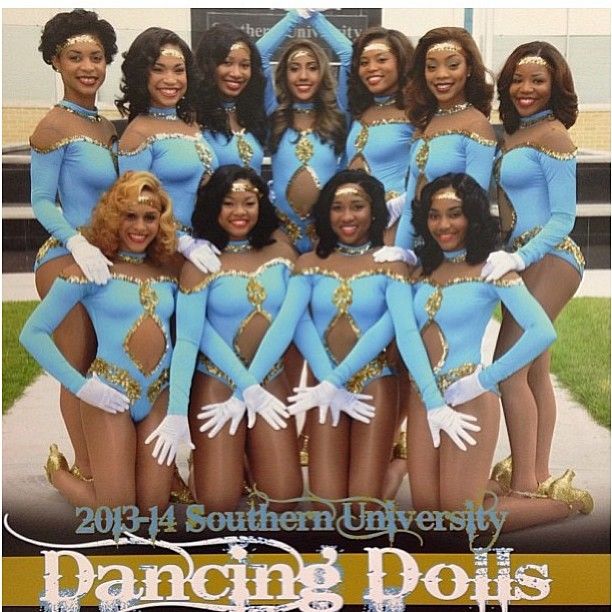 Sometimes costumes malfunctioned. That’s a memory Dancing Doll Captain Daphne Colette Flentroy will never forget. Seems her hat and head wrap came off during a halftime performance, said Flentroy, a Doll from 1976 to 1981.

“To this day I have people say, ‘I thought that was a part of the dance! I really thought you all had short hair until your hat came off and your long hair fell from under it!’ When I tell them it wasn’t planned, the person is usually shocked because we never missed a beat!" she said. "I threw the hat and wrap at Doc (Greggs), he caught it and said, ‘Now you bringing smoke!’”

Melrose Davis Biagas, a Dancing Doll from 1974 to 1976, had never traveled outside of Louisiana until the Dolls and the band went to Washington, D.C., where they performed on the steps of the Capitol. She also performed at several Super Bowl games, for Gov. Edwin Edwards' second inauguration parade and at Mardi Gras balls for the New Orleans krewes of Bacchus and Endymion, where she got to meet several big-name entertainers and movie stars.

Debra Womack, a 1974 to 1976 Dancing Doll, is organizing the 50th-anniversary reunion, and, for her, a favorite memory is dancing in the streets of New Orleans with “The Fonz.”

“We were performing in the Bacchus Mardi Gras parade when, all of a sudden, the King of Bacchus got off the float and said, ‘I’m dancing with them,’ ” she recalled. “He began to do the bump with several of us; it was Henry Winkler from the 1970s sitcom ‘Happy Days.’ ”