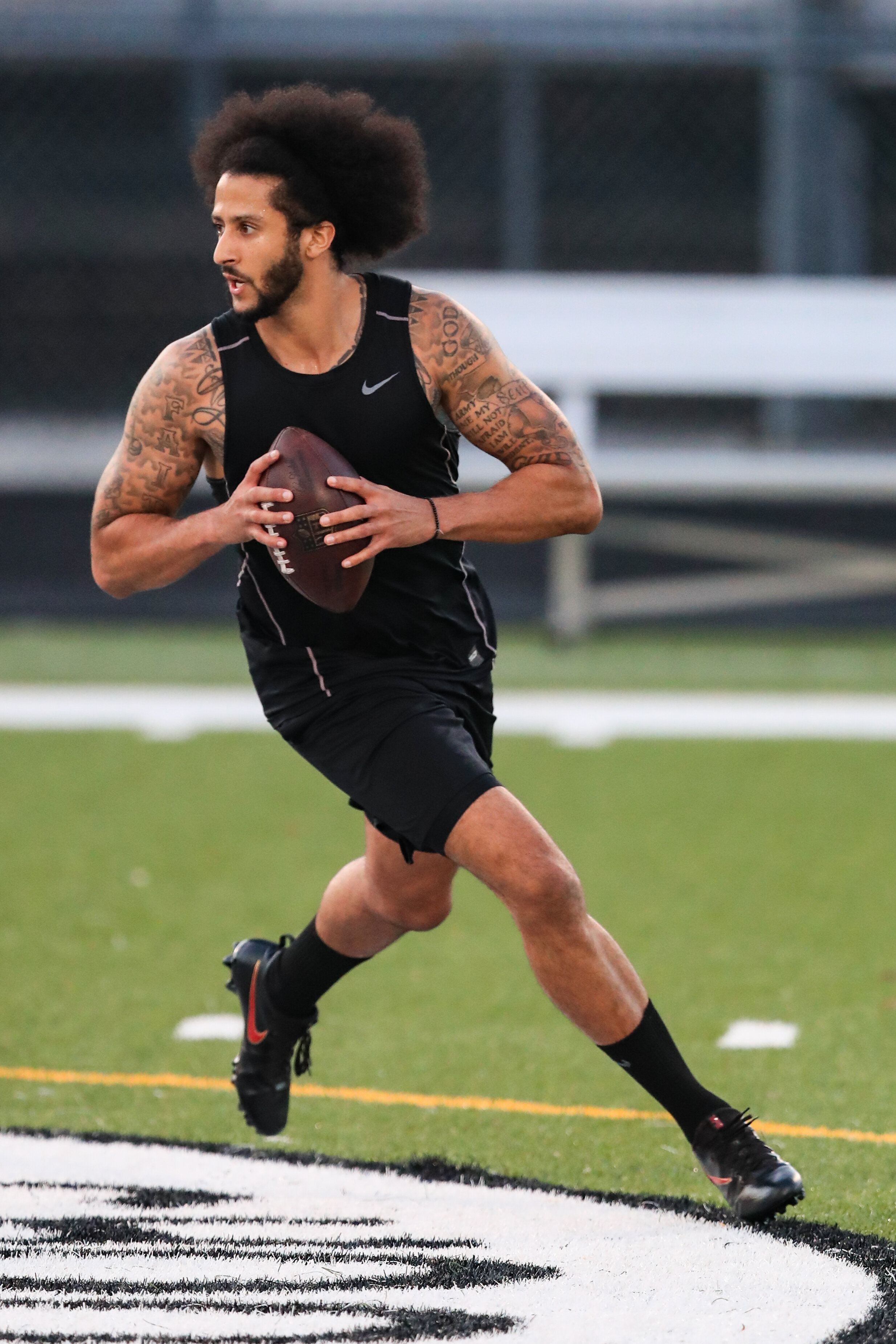 Former San Francisco 49ers quarterback Colin Kaepernick finally got the opportunity to showcase his skill and strength for NFL talent scouts on Saturday.

However, Kaepernick didn’t attend the original workout planned by the NFL to be held at the Atlanta Falcons’ practice facility and made public Tuesday.

Due to disagreements between Kaepernick’s representatives and NFL organizers, Kaepernick moved the workout to the Charles Drew High School football field in Riverdale an hour away, according to CBS Sports.

Representatives for 25 NFL teams were scheduled to be at the original event, ESPN reported, but the last-minute change complicated their plans.

Eight teams made it to Kaepernick’s workout in Riverdale.

CBS Sports’ NFL reporter Jason La Canfora said in a tweet that Kaepernick received “some very positive feedback from the scouts in his attendance about his elite arm strength and ability to throw the ball.”

At least one NFL executive said that Kaepernick’s “arm talent [was] elite and is the same as when he came out of college,” ESPN reporter Adam Schefter reported Saturday.

Disagreements over the workout involved the injury waiver the NFL offered to Kaepernick, giving media access to the event and whether Kaepernick’s team could also film the session alongside the Atlanta Falcons camera crew, according to several reports.

Yahoo Sports reported that the NFL asked Kaepernick to sign an injury waiver that included a clause that his participation in the workout didn’t guarantee him employment. Kaepernick’s representatives Ben Meiselas and Jeff Nalley said in a statement that the league rejected a “standard liability waiver from physical injury” they sent back in return.

The NFL defended the original waiver in their own statement, saying it was a “standard liability waiver” based on ones used when other free agent players are trying out. The league also said that Kaepernick’s representatives sent them a “completely rewritten and insufficient waiver.”

Nalley and Meiselas said they wanted media to be allowed at the workout, as well as their own “independent film crew” in order to “ensure transparency” ― but they said their request was denied.

“We are disappointed that Colin did not appear for his workout,” the NFL said in a lengthy statement. “Today’s session was designed to give Colin what he has consistently said he wants ― an opportunity to show his football readiness and desire to return to the NFL.”

Kaepernick’s public workout, which was open to the media, lasted for over 30 minutes.